Meg Gardiner is a gifted writer, and every page of Phantom Instinct shows it. It’s fast-paced, sharp, and unforgettable. 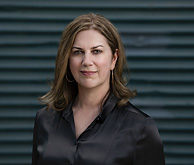 Edgar-winning novelist Meg Gardiner writes thrillers. Fast-paced and full of twists, her books have been called “Hitchcockian” (USA Today) and “nailbiting and moving” (Guardian). They have been bestsellers in the U.S. and internationally and have been translated into more than 20 languages.

Her latest title is Heat 2, co-authored with Michael Mann. The novel is both prequel and sequel to Mann’s 1995 film Heat, with a new story that unfolds before and after the iconic movie. Booklist, in a starred review, calls the novel “Riveting . . . . The best thing about this innovative tale is the way the fully fleshed human stories support and even transcend the often-breathtaking action.”

Gardiner’s UNSUB series features FBI profiler Caitlin Hendrix. UNSUB won the 2018 Barry Award for Best Thriller. The Dark Corners of the Night was bought by Amazon Studios for development as a television series.

China Lake won the 2009 Edgar Award for Best Paperback Original. Later it was a finalist for NPR’s 100 Best Thrillers Ever.

The Jo Beckett series features a San Francisco forensic psychiatrist. The Dirty Secrets Club was chosen one of the Top Ten thrillers of 2008 by Amazon. The Nightmare Thief, featuring both Jo Beckett and Evan Delaney, won the 2012 Audie Award for Thriller/Suspense audiobook of the year.

Meg’s stand-alone novel The Shadow Tracer was named one of Kirkus Reviews’ Best Books of 2013. Phantom Instinct was chosen one of “The Best Books of Summer” by O, the Oprah magazine.

Meg was born in Oklahoma City and raised in Santa Barbara, California. She graduated from Stanford University and Stanford Law School.

She practiced law in Los Angeles and taught in the Writing Program at the University of California Santa Barbara.

In addition to her novels, Meg has published short stories in American and British magazines and the anthologies Echoes of Sherlock Holmes and Deadly Anniversaries. She has contributed essays to the Agatha Award winning How to Write a Mystery: A Handbook from Mystery Writers of America and the Anthony Award winning Books to Die For.

She served as the 2019 and 2020 president of Mystery Writers of America.

Beyond writing, Meg is a three-time Jeopardy! champion and a citizen of the Chickasaw Nation. She lives in Austin, Texas.